Today, we often talk about the city as data—an immensely complex, intangible network of information. The city of bits is on the ascendent. Yet in New York, the physical infrastructure of the city is undergoing a major transformation, as well. At the 2016 Fast Company Innovation Festival, we got a glimpse behind three of major projects that may, over the next decade, transform the face of the city. 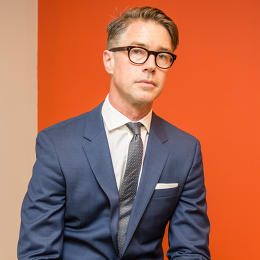 On the West Side, the largest private real estate development in U.S. is taking shape. Built over an operational rail yard, Hudson Yards is its own neighborhood, both in size and by design: 28 acres of skyscrapers, mixed-used buildings, and public space. Just as an infrastructure project, Hudson Yards is wild: It is built on what amounts to a steel bridge, constructed over the West Side Rail Yard. But as an urban design project, it's even wilder: Because it's not built on solid ground, its acres of public space and parkland have been carefully engineered by Nelson Byrd Woltz Landscape Architecture, which hosted one Innovation Festival event at its offices last week.